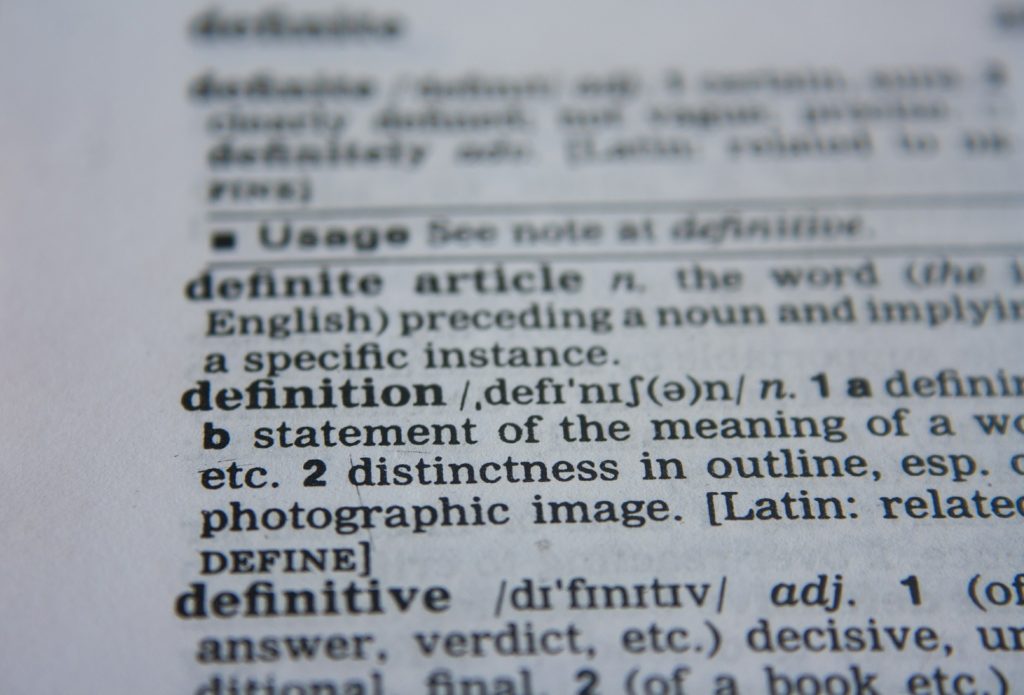 Science-based. Evidence-based. Diversity. Transgender. Vulnerable. Fetus. The Trump administration prohibited officials of the Centre for Disease Control and Prevention (CDC) to use these words and expressions in official documents that were being prepared for 2018th budget. For some expressions CDC workers were given alternatives such as “CDC bases its recommendations on science in consideration with community standards and wishes” instead of “science-based”. It is not the first time that the trump administration restricts the language used in official reports. Only a few months earlier, the White House decided that the expression “climate change” should be replaced by “weather extremes” and “climate change adaptation” by “resilience to weather extremes” in official documents. Reading these news, I had to think of George Orwell’s dystopia 1984 and I asked myself the questions: How does language and its restriction shape the nature of our thoughts and shared knowledge? What are the threads of language restriction in government reports?

Language is the base for our thoughts. Thoughts are based on language.

The linguist Stephon Levinson describes words as the building blocks for complex thoughts. If one follows this idea, an interesting question arises, namely what if we lack building blocks, can we think about entities for which we lack expressions? Plato once wrote “The soul when thinking appears to me to be just talking (…).” The German philosopher Max Müller even argued that “language is identical to thoughts”. Numerous philosophers ascribe language a large influence on our thoughts. Some philosophers even draw a direct line between the nature of our sematic system- the language and the nature of our conceptual system- our thoughts, a theory that is referred to as linguistic determinism. If one was strictly to follow the idea of linguistic determinism, one would come to the conclusion that we cannot think about an entity, for which we lack words.

According to the philosopher Ludwig Wittgenstein, a linguistic system aims to create a conjunction between our consciousness and our surrounding. Wittgenstein writes that in the ideal case the thoughts, language and the matter of language and thought: the world, share a structural unity. The world is in this case the totality of facts. Where we lack expressions, our language and our world do not share a structural unity. He believes that where language meets its limits that means were our language and our world do not share a structural unity, the mystic begins. The mystic we cannot put in words and therefore should not talk about it. Thus, at the points were we lack building blocks that are crucial for the structural unity of our world and our language we may be able to recognize that we have arrived at a mystic point and that there is an entity which we lack words for, but we are presumably not able overcome the structural difference between our language and our world. If we now think the prohibition of the usage of words in official reports, it is unrealistic that words such as transgender and science-based are wiped out of the vocabulary of the entire American population. However, it is clear that reports of the leading national public health and environmental institutes of the United States lack a structural unity with the world and that in consequence it will be hard for the institutes’ employees to explain the structure of certain social, medical, environmental and health phenomenon as well as the structure of their evidence. It reminds me of the idea of obscurantism, as it was defined during the enlightenment. In this case the Trump administration restrict the spread of knowledge and aims to counter social changes that do not conform to the conservative views. Replacing the word “foetus” by unborn child for example plays into the hands of the interest groups opposing abortion. As Nietzsche wrote: “those who know that they are profound strive for clarity. Those who would like to seem profound to the crowd strive for obscurity.” Language is not the only base for our thoughts but it is certainly the most important base for our shared knowledge and therefore, the restriction of language can result in a restriction of our shared knowledge. As Orwell put it: “If thought corrupts language, language can also corrupt thought.”

Overcoming the limits of language

If we assume that our language restricts the way we think, a chicken and egg problem arises: complex spoken and written language is a result of thoughts that were thought before complex language existed. Thus, language is the result of thoughts. And if language is the result of our thoughts we are able to invent new words to encompass the limits of our language. From that further interesting questions arise. What does then define the mystic? Does the mystic as a known but undefined entity even exit? Or if it exists are the limits that separate the mystic from the tangible static? I think, the mystic might the point where the difficulty to interpret information that we take up through our senses and the inaccuracy of our language meet. However, the inaccuracy of our language can at any time be overcome by the invention of new words. An example for an invention of a new expressions that acted as bridges between our reality and our consciousness can be found in the language of mathematics. The invention of the imaginary number “i” which equates to the root of minus one, opened a huge range of new possibilities in both physics and maths to explain complex phenomena. Thus our language and our thoughts do not seem to be deterministically and causally related. As the Stanford professor Eliot Eisner put it: “The limits of our language do not define the limits of our cognition.”

Language as a spotlight

Countering the beliefs in linguistic determinism, cognitive science studies suggest that connection between the world and thought is tighter than the connection between language and thoughts. The anthropologist Edward Sapir stated that “it would be naïve to imagine that any analysis of experience is dependent on pattern expressed in language”. However, Sapir and his student Whorf both believe that language might rather act as a spotlight or signpost on our paths of thinking, making certain aspects of the world more salient than other and influencing our culture. This assumption supported by numerous studies. Max Plank Institute studies come to the conclusion that the gender of articles of nouns alter our perception of the described entity. During the study participants speaking different mother tongues asked were asked to describe whether they perceived an object to be more feminism or masculine. In Spanish for example the word bridge is feminine while in German it is masculine. Participants whose mother tongue was Spanish described bridges to be masculine while German speakers suggested them to be more feminine. The study came to the conclusion that we adopt attentional biases through the frequent, habitual use of language. Another study supporting the linguistic relativism theory, is the study of Hopi language, who lack words that describe the flow of time as a continuous process have a different perception of time. Rather than perceiving the flow of time as linear, they perceive it as circular and orientate themselves using environmental and lunar system patterns. Accordingly, the Hopi do perceive the flow of time, even though lacking words describing the time relativity of given moments. This is well summarised in the book “The mirror of language” of the linguist Guy Deutscher in which he states that our mother tongue can influence what we perceive and remember- people speaking different languages perceive the world to some extend differently. The discrepancies between thoughts thought in different languages are however too little to assume that our thoughts are merely depended on our language. Therefore, language can be regarded as a signpost on our path of thinking. It can slightly alter the way we perceive entities, but not change that we perceive an entity.