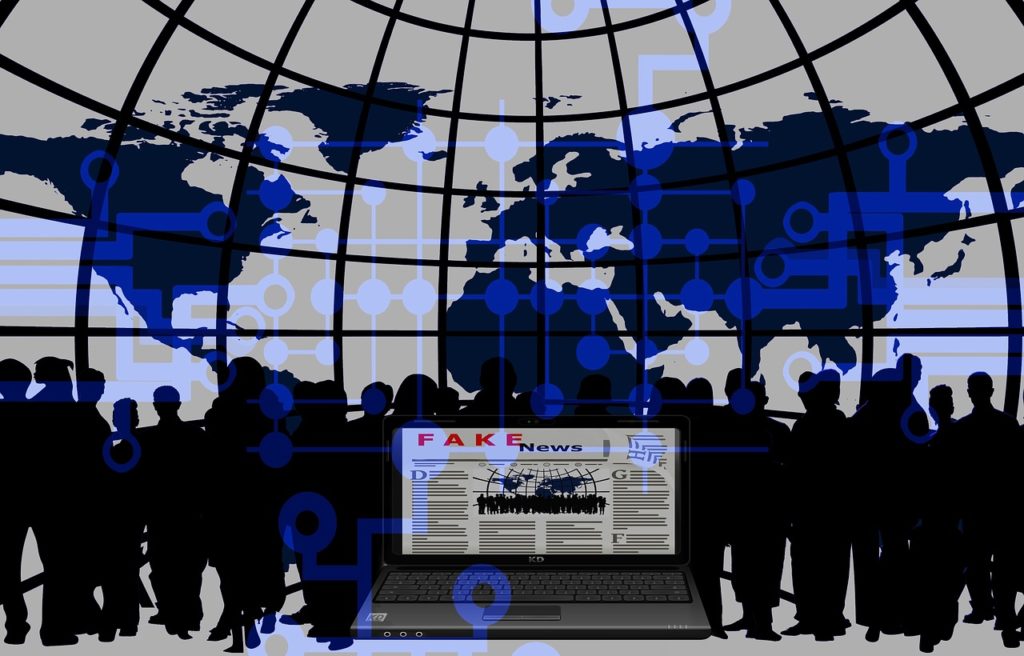 1. Introduction
“Together we’re strong
We can’t go wrong
And now we know just what to do
And how to get our meaning through.”
According to Mireille Mathieu’s and Patrick Duffy’s song our species’ power and strengths lies in collaboration and group behaviour. But can we as group really not go wrong? In his book “21 Lessons from the 21 Century”, the Israeli historian Youvsal Noah Harari strongly refutes this claim. Exploring the nature of post-truth society, he comes to the conclusion that group behaviour is key for the individual’s acceptance and the general propagation of fake news. This essay explores group behaviour and its influence on the perception and propagation of beliefs in our current society. In a first part group behaviour will be defined.

2. Conformity
According to Harari “Not only rationality, but individuality too is myth.” Although this statement might seem harsh at first, one simply has to scan through influencer’s Instagram posts to find: there is at least some truth to it. But why do we sand our edges and corners to smoothly flow with the stream? The psychologist and author David Meyers pinpoints the process of conformity to a change in belief or behaviour as a result of real or imagined group pressure. Accordingly, this adaption of behavior can climax in a so-called fusion of identity when “personal and social identities become functionally equivalent”.
Psychologists mostly agree that normative and informational influences are the main reasons for conformity. The distinction between these two influences is fluent. Normative influences are based on the wish to fulfill expectations in an attempt to gain acceptance and they are fueled by a fear of being a social outsider. A good example for this are influencers. In its last weekend’s issue the Süddeutsche Zeitung asked, how it was possible for the Kardashian family to become so rich and influential with half a billion followers worldwide. When Kylie Kardashian announced that she does not use Snapchat anymore, the app’s share fell by 6%- which equates to a loss in turnover of 1.3 billion. An outfit worn by Kim Kardashian is instantly copied by fashion companies and sold in record numbers. Their actions serve as template for millions who would like to be as ‘sexy’, ‘successful’ and rich as the Kardashians.
Conformative influences bring about changes in behaviour, outer appearances and influence what is perceived to be true by the general public. Informational influences can be defined as accepting statements of others in a belief that they know better than oneself. The Salmon Ash Line Judgement Study illustrates how individuals adapt their opinions to the majority. During this study, participants were shown cards with lines on them and asked to match lines with the same lengths. Before the participants were asked to judge the lengths of the line, eight actors pointed at the wrong answer. Over numerous trials about 75% of the participants adopted the actor’s wrong answer. The result of the experiment show that individuals tend to accept statements supported by large groups even though they are clearly wrong.

3. Influence of group behaviour on propagation of news
Group behaviour and conformity influences are probably one of the key reasons why our specie was able to build up a civilisation. In times of hunter and prey, the individual would not have survived alone. In times of Facebook and Twitter however, evolution’s legacy of group behaviour proves to be fertile ground for the propagation of fake news. In Facebook groups, people with similar interests interact. In an attempt to conform to the group’s expectations, members mostly post opinions, ideas and comments that generally reflect the group’s beliefs. Constantly exposed to the same ideas, convinces people that the stated opinions must conform to reality. As Harari put it: “people rarely appreciate their ignorance, because they lock themselves inside an echo chamber of like-minded friends and self-confirming news-feeds, where their beliefs are constantly reinforced and seldom changed.” Confirmation bias, conformity influences and group behaviour merge to a threatening mixture on social media platforms. Following the principle, the more a statement is repeated, the more it is believed to be true; different interest groups use so-called social bots to influence opinions. These are programmes based on algorithms that post tweets that propagate certain beliefs and mind-sets. Social bots are for example used to enforce political opinions and ideas. In fact, it is estimated that 15% of the total Twitter population active in the US Presidential election discussion were bots. Social bots pose a threat to the stability of both society and our political system as they enhance social and political polarization. This shows that now more than ever before, it is important to become aware of the normative and informative influences that impact our opinions in order to avoid falling into the trap of echo chambers.